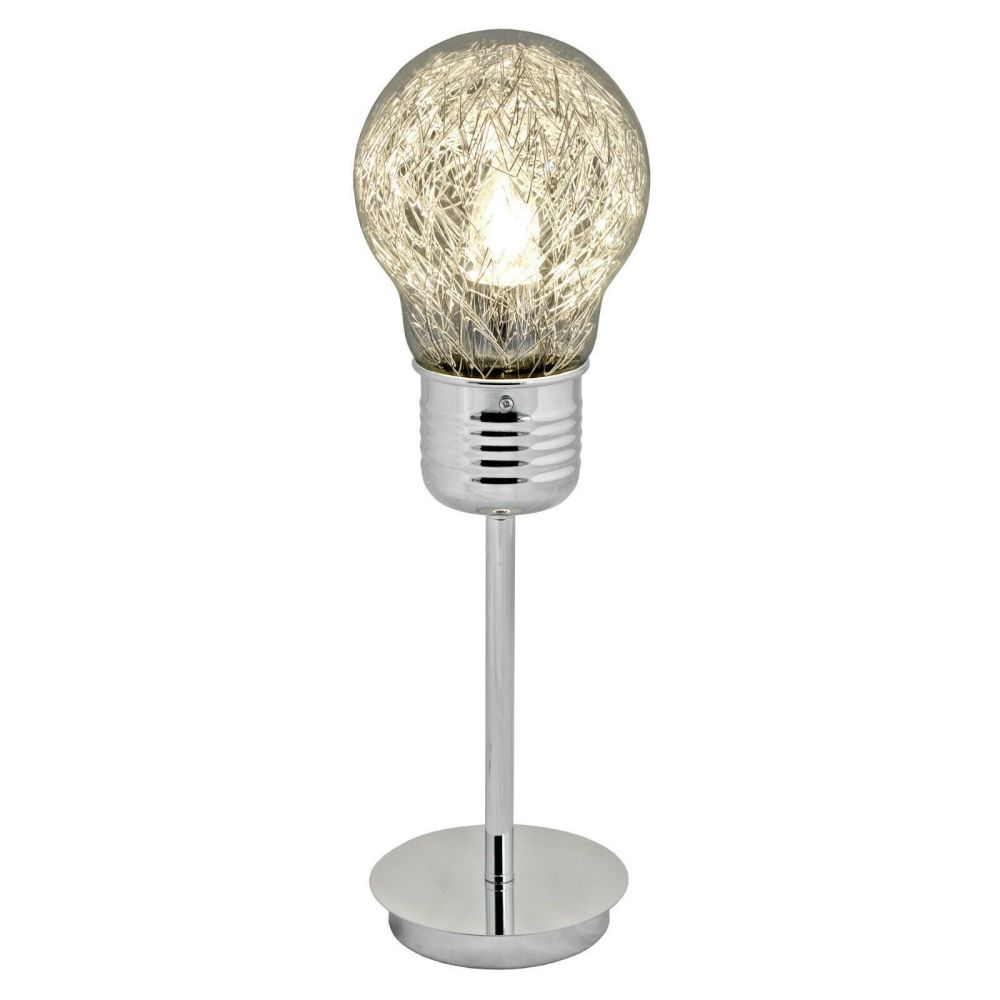 Why should a light’s shade always be on the outside? Why indeed. So this Light Bulb Table Lamp has the shade on the inside.  Inside the giant clear glass bulb pendant, it’s filled with aluminium wire to create a webbed crackled glass effect. It replicates the filament and looks a bit like a giant dandelion seed head.

There’s only one thing that’s ordinary. The only thing that’s traditional is the bulb in the middle. Mounted on a mirror-finished polished chrome stem and base, this lamp uses a common E27 screw fit bulb with a maximum wattage of 60W.

Any room is a great place. Try one or more of these in your lounge, or one in a hallway or even a pair as bedside lights in your bedroom.

A brilliant error. The lightbulb is often believed to have been created in 1879 in the US by Thomas Edison. But it is actually a British invention. In 1878 Englishman Joseph Swan, publicly demonstrated the first light based on commercially-viable carbon.

You can argue that it was really earlier than that as in 1806 another Englishman, Humphrey Davy, demonstrated a powerful electric lamp to the Royal Society. The Davy lamp produced an ‘arc lamp’ with its illumination by creating a blinding electric spark between two charcoal rods. But it was impractical and dangerous, especially for homes as its light was similar to welding torch and quickly drained the batteries.

Anyway, these three inventors would probably have approved of this new interpretation of the light bulb.

Recommend this to a friend  +

© Copyright Under the Willow Tree 2021. All Rights Reserved.